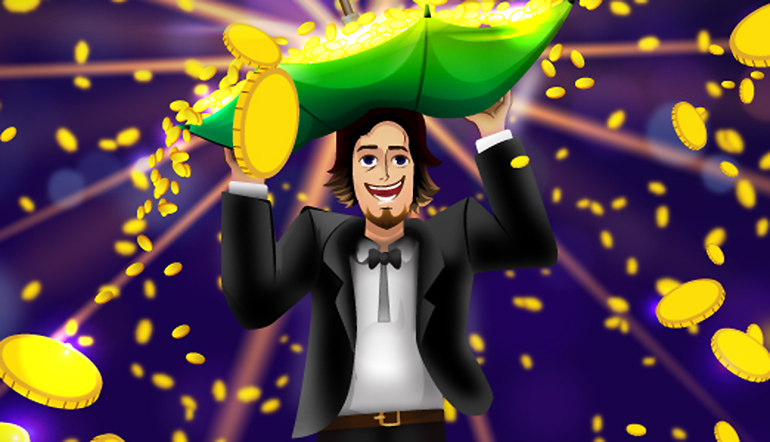 Many, if not the majority of craps and roulette players, find that they wish to increase or decrease their bets but can’t figure out when to do so and for how much. I’ve received queries from players asking me when do I increase or decrease my betting levels. Some writers say that they get frozen in place and don’t do anything. This seems to upset them as they see other players happily expanding the size of their bets and seemingly winning loads of money.

I hate to disappoint these frozen players but I rarely range my bets on other shooters at craps or at the roulette table. I bet what I bet and leave games where I don’t have an edge when things have gone against me long enough for me to think I’ve had it; I’m done. I have no problem leaving games for a rest or to do some other type of activity. My opinion is that the games are always there but I don’t have to always be there too.

[Please note: The casino has an edge on every bet a player makes at the games and, unless these players have an edge themselves, whatever money they bet is prone to be grounded out by that house edge. Winnings of players are the players’ money and should be handled as such. Ideas such as “I am betting the casino’s money” after winning is a wrong-headed idea – and a costly one too.]

Yes, there are methods for increasing one’s bet after a good run that have been used over the years by players and since these methods have lasted so long there must be a call for such things and a desire to adhere to these betting methods. So here come some of them.

The Martingales: The Most Famous Negative Betting Methods

Most casino players have either used or at least read about the most famous negative betting method called the Martingale. We gambler writers have been writing about this negative progression for decades. Most of us have railed against it.

The Martingale is a simple progressive method of increasing one’s bet in a losing streak based on the belief that I have to win sometime! While theoretically true, this negative progression calls for ultimately steep increases of bets by doubling the losing bet that came before.

Your total loss on the above negative progression would be (hold your breath!): immense for a $10 player.

If you won on any of the steps, the win is only your initial $10. That’s a lot of money to risk trying to win a $10 bet! And that is all you would win on such a dangerous escalation of wagers.

Now you see the problem with the Martingale. Because the house has set a limit on how much you can bet, the Martingale can only go up about seven (sometimes eight) steps before being stopped by the house’s maximum wager. So, yes, if you could use the Martingale for an extended time such as a billion increases and had enough money to do so, you’d have to win one and get all your losses back.

[Please note: Yes, there would be an infinitesimal chance to lose a billion hands in a row but don’t worry about that as you’d probably be dead before such a rotten thing happened. But you can see the real picture with this negative progression bet and it is not a good one.]

Many novice players think they created this system of negative progression in their first forays into the casinos. After all, it does have a kind of logic to it. I also created it on my first visit to the casinos long, long ago. It was at the now long-defunct Sands in Atlantic City and I did well with it for a few days but then the hammer fell on me and I lost the entire string of bets. I was betting black at roulette and the roof caved in on me. That was not fun in the least. I’m a relatively fast learner and I certainly learned my lesson during that ill-fated trip.

VARIATIONS OF THE MARTINGALE

There have been many variations of the Martingale, most of them even more dangerous than the original.

You can also do severely limited mini-Martingales such as: $10, $20, $40 and you stop your betting right there. After this you go back down to $10 with a prayer on your lips that you can have a hot streak to make up for your loss.

Should You Try the Martingale? No, I’ll explain why: The Martingale basically gives you a very small win but you might have this small win many times before the dreaded day or night comes when you run the gamut. Just walk around a casino and check the scoreboards. In a couple of hours you should see the dreaded seven or eight losing sequences. It is not worth the possible big loss.

You could also go through the entire losing sequence on the first round of betting.

[Please note: You do not have to just bet one proposition as I did with black at roulette. You could bet anything. You could do $10 on High; then $20 on Odd,  and then bet $40 on black; then $80 on Low and so forth. It is the sequence that counts not the actual proposition you bet. The hit comes no matter what propositions you are betting.]

And a true word to the wise: Never bet an inside number at roulette or one of the proposition bets at craps using a Martingale. Hell awaits you if you do.

If you are thinking of trying to capitalize on a winning streak then a positive progression is far, far better than a Martingale negative progression. The reason is quite simple; you are using a win to attempt to advance and the losses won’t climb precipitously if you use your head.

The most common form of positive progressions is a system called the Paroli or, a name that is far more commonly used, the parley (a variation of the Paroli name). It is in dispute who “Paroli” was, if he or she actually was anyone, or whether Paroli is some kind of inanimate object or animal for that matter, but the method has been around for centuries.

Still, even those wipe outs can’t put you in a dungeon as can the Martingale or its various alternatives such as the Grand Martingale.

MORE ON THE PAROLI SYSTEM

Some casino players enjoy parleying only once; so a win on a $10 bet will be parleyed to $20 but a win on that sees the player drop right back down to $10. This would be a common method and you’ll see it with even-money bets at roulette and maybe even on some of the two-to-one proposition bets as well. At craps you might see this on the Pass Line but more than likely on the Place bets, especially of the six and eight.

[Please note: You can play an aggressive Paroli as above or a moderate Paroli in its original form or anything in between or higher or lower and the advantage to doing so is simple: Your losses will not come anywhere near a negative system. Yes, you can have great luck in consecutive wins only to lose that last parley and then, yes, defeat.]

WHAT ABOUT DROPPING YOUR BETTING LEVEL?

There is a betting system that I find intriguing and that is actually lowering one’s betting levels in sessions where things are not going well. For example, let us say you are a $30 player at roulette and you have now lost $300 – assuming you are betting even-money or two-to-one proposition bets. You now drop down to betting only $15 to ride out what you see as a poor streak. You will double the number of decisions you can play and perhaps your luck will turn. If you can get back to even or close to even then you can decide if you wish to go back to $30 a spin.

On inside roulette bets you can do the same but the inside game has a walloping finish when you hit an inside number as the payout can make up for relatively long losing streaks. So here you have to be cautious and considerate in determining how much to bet.

With craps the same applies, but again the Place bets seem to be better for reducing one’s total betting amount. With Pass Line and Come bets you should be betting as low as you can go and make use of the Odds bets, so reducing your base bets here would probably not be called for.

The negative betting progressions are too dangerous, especially if you plan to spend much time in the casinos. If you are going once or twice in a lifetime, you might take the chance. (I wouldn’t!) A wipe out, which would be inevitable given a lot of playing sessions, would put a severe crimp in your gaming fun and probably make you curl up into the fetal position once you go to bed for a terrible night’s sleep.

The positive progressions are probably best if you want to try for a bigger win. Of course, no matter what you do with positive progressions the house edge is always working against you. Your bankroll is your money; your wins are your money too. The casino doesn’t care what money its edge works on but you should. All money you use is better off at the end of it all in your pocket or purse than it is in the casino’s coffers. That’s the real lesson here.

So what do you want to do? Try to stave off defeat with a foolish Martingale as I once did? Or do you want to try to extend your winnings by increasing your bet as you make some money? Or do you simply wish to bet at your normal levels and just enjoy the process and whatever wins or losses come your way?

I know my choice here; but what is your choice?

All the best in and out of the casinos!